Dreaming Together —
The History and Influence
of Design Portland

“Growth is inevitable and desirable, but destruction of community character is not. The question is not whether your part of the world is going to change. The question is how.” Edward T. McMahon

No one knows exactly why creatives flourish in Portland.

It could be the DIY ethos, the collaborative freedom that bridges mediums, or just the steady rain that compels work inside.

But one thing is certain: the city’s creatives—from indie publishers to theater troupes, graphic designers to painters, fashion designers, makers, foodies, and comedians—have found Portland to be a weird, woodsy hub with a deeply supportive community.

An influential part of this support is Design Week Portland.

For the last eight years, DWP has explored the process, craft, and practice of design across the city’s many creative disciplines through a weeklong series of independently-organized events and open houses.

Tsilli Pines, co-founder and director of DWP, and current VP of Creative at Instrument, has helped the organization reach an ever-broadening audience that learns about, discusses, and helps shape the ever-changing state of design in Portland.

“We are the thread that weaves together the process, practice, and content of our city’s diverse creative community.

Design Week Portland started through the efforts of Pines, Eric Hillerns, and twelve others, a “ragtag group” of organizers who had been running events with built-in audiences.

Pines describes that first year as “low stakes,” but despite their modest expectations, it held the blueprint for what DWP would become—a week-long festival of time-based events and open houses without a trade organization or corporation defining what it should be.

The idea was simple.

For a week, the city’s creative community got together to collaborate, network, and celebrate the different design disciplines across Portland. “We had a DIY, almost punk rock kind of attitude,” says Pines. “Part of that is the nature of the city. But, the turnout was good. We knew something cool was happening.”

“Why do you believe Portland is such a creative center?” 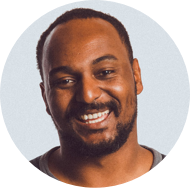 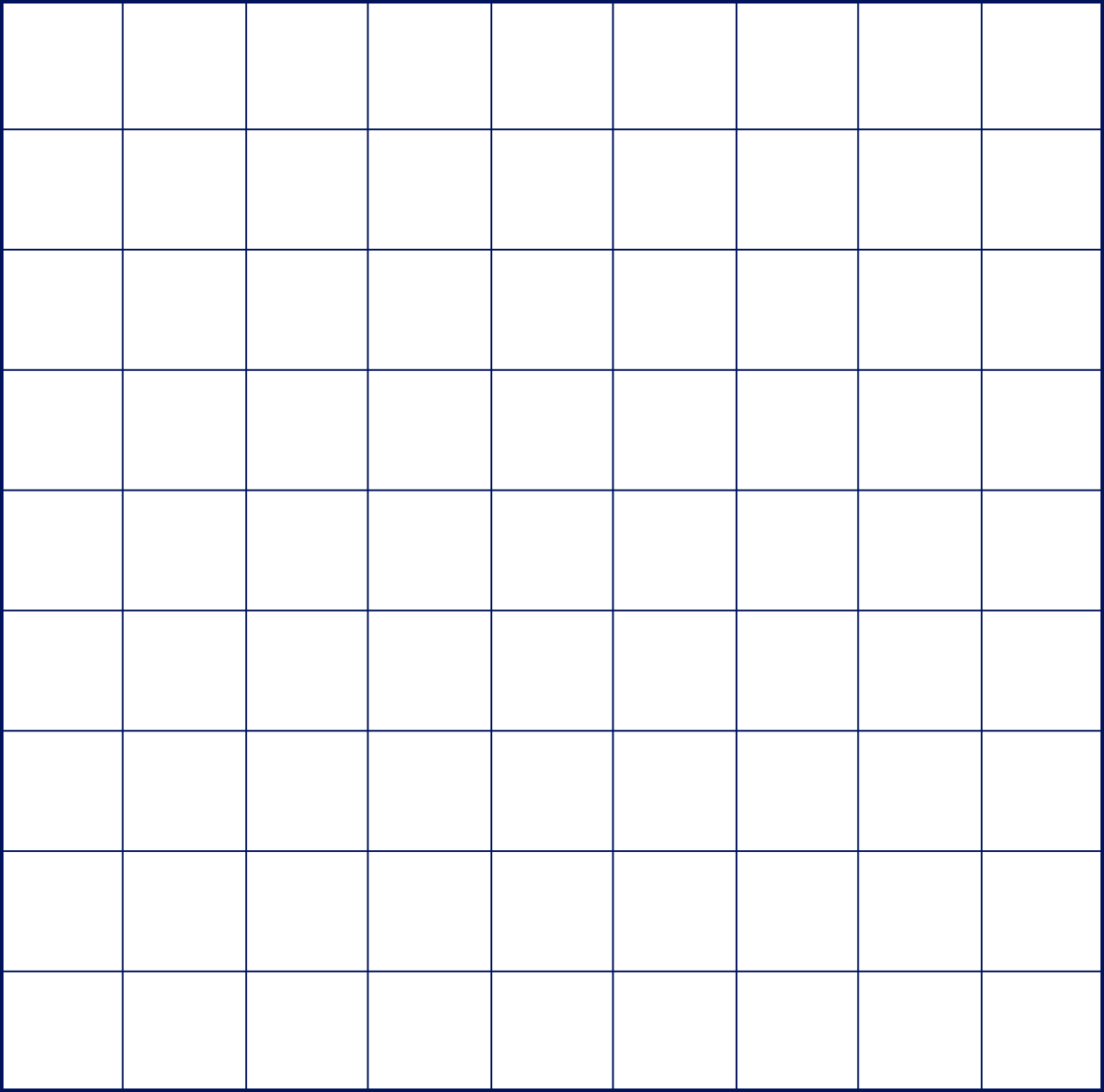 Chapter 2:What can design do for ideas?

After the success of the first Design Week, it was time to get serious, as Pines says, to “make it real.”

DWP moved to become an official organization and to refine its long-term values. “We [really] wanted to be more decentralized,” she says. “We wanted to be cross-disciplinary, not just designers talking to designers, and without a professional affiliation. We wanted to reflect the grassroots spirit of the city. That’s always been foundational to what we do.”

This shift toward the city at large—its strengths, problems, and plans—and the growing sense that design could have a significant voice in Portland’s future pushed DWP to establish a more significant presence in its third year.

The geodesic domes in Portland’s Pioneer Courthouse Square was the answer: a weeklong gathering of 50 designers in residence, experimental programming, podcasts, bands, and conversations focused on design’s role in Portland’s changing landscape. “The Domes really announced us,” says Pines, “and it helped gauge whether or not we were adding anything, not just to the design community, but to the conversation in the city.” 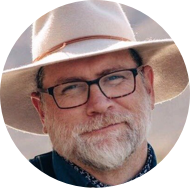 Chapter 3:Debating and dreaming together

Between 2014 and 2016, Portland began to approach an inflection point.

What to do about the city’s rapid growth became a greater concern among local creatives who had previously seen Portland as an affordable, pressure-free place to live and work.

In the early years, DWP drew on creatives near the city’s center to be involved in the festival.

Recently, DWP has started to look beyond the city center, increasing the festival's representation and diversity.

DWP’s fourth year focused on the current problems facing the city, but also what could be created with some vision and planning.

One large dome and 46 posts were erected in Pioneer Courthouse Square to represent a selection of the city’s neighborhoods.

Using tags with prompts, visitors could weigh in on five areas—education, transportation, housing, equity, and employment—that were of particular consideration for an evolving Portland. Visitors then documented their answers by entering a tab into the Issue Machine, a custom piece of hardware that scanned and recorded their response.

“We wanted to start a deeper conversation about the city,” says Pines, “but we were looking for solutions, too. What’s the vision? What could we as creatives bring to the table?”

DWP gathered the qualitative data from the Issue Machine and presented it to Portland’s city council, not to demand a specific action, but to let the city know that the community’s creatives were here, thinking about the issues, and seeking potential answers.

The data from the Issue Machine got DWP on the map with the city and led directly to the Green Loop project—a design competition in partnership with U of O and two city bureaus—to define, design, and bring insight into an urban six-mile pedestrian and bike promenade that would link the city’s east and west sides.

Untitled Studio, the winning design team, created a forum for visitors to further discuss, envision, and co-design the city project. Says Pines: “The idea was to invite visitors to debate and dream together how the entire community could be involved in the city’s design.”

Chapter 4:Who gets a seat at the table?

Historically, Portland has been particularly hostile toward people of color. Oregon's racist history has long haunted the predominantly white city, and with the recent growth and shift in population make-up in the last ten years, the problem has only been magnified.

While DWP has endeavored from the beginning to include people with varying backgrounds, histories, and perspectives, it has made its share of missteps getting underrepresented people and groups involved.

“We’re structured to be inclusive,” says Pines, “but we recognize there have been biases within the organization we’ve had to work on.”

Pines admits that DWP was slow to look beyond the central city for creatives and often did not fully represent certain industries like fashion. “DWP has a history of favoring certain voices,” says Pines, “and we’ve worked to change that. But we know those changes don’t happen overnight.” This year’s programming reflected DWP’s effort to broaden who gets a seat at the table. Of the 350 sessions, many were led by or concerned issues faced by underrepresented Portlanders.

In the last ten years, the infill of people with money into Portland has also transformed the city. This money has brought opportunity, but also gentrification, higher rents, and the subsequent promises of urban renewal that often force out African American and poorer communities. Demand is outstripping supply, and the feeling is that creative, weird, old Portland is slowly going the way of Seattle or San Francisco. Pines sees DWP taking these problems head-on.

“It’s not just one axis of diversification,” she says. “There are many different voices that need to be heard. There’s a concern that the city is changing, and with the dwindling avenues of public discourse about these issues, I think DWP is in an interesting position to instigate tough conversations.”

To help provide a platform for the many creative voices in the city, DWP has had to take a hard look at itself. The result has been a return to its beginnings.

“We’re going back to smaller events,” says Pines. “Everything that needs to happen happens at that scale. We’re banking on the idea that putting our focus here will provide the connection and conversation that Design Week is all about.”

There’s a sense that the city is at a crossroads.

Will it creatively manage the influx of money and people, tackle the joint questions of inclusion and diversity, and deftly handle the sudden attention and expectations? Or will it make the same rash decisions that have commonly diminished the creative soul of other cities?

Pines believes the Portland is ready for a “re-think,” a city-wide examination to creatively imagine what we could be. “The creative community should be a part of that process.”

Chapter 5:To be helpful

Now in its eighth year, DWP is still a grassroots organization, is still evolving, still redefining itself. While this phase has been about getting back to what the organization does best, it has also meant looking toward the future and finding a new model of sustainability.

“The community is growing,” says Pines, “and it needs more than just a week-long festival every year.” Pines recognized that if DWP was to expand, however, then something needed to shift.

So far this has meant turning to a membership model that will help Design Week Portland evolve into Design Portland: an organization that acts as a year-round touchstone with an ongoing calendar of events, a directory of community members to help facilitate connection, and expanded editorial content.

But for now, the focus is on intimate, smaller events, like those created when the organization began. This year’s DWP consists of 350 sessions and open houses with membership currently around 8,000.

A small number of events are pay-to-attend to help offset costs, but the majority are still free to the public.

And though it has moved into a different business model, DWP is still concerned with what Pines calls the “caring and feeding of the creative ecosystem of the city.”

“Why do you believe Portland is such a creative center?” 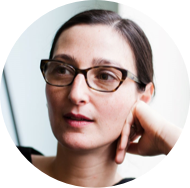 “I’m excited about where we are right now,” she says. “We don’t need to be quiet between festivals. I believe we can be a year-round organization that’s helpful. In the end, that’s what we want more than anything. To be helpful.”

For eight years, Design Portland has woven together the process, practice, and content of the city’s diverse creative community.

While Portland has undergone some rapid changes in those years, the festival has stayed true to its initial mission to reflect the city and the creatives it serves.

By moving to a year-round organization supported by a new membership model, Design Portland is continuing to grow and evolve to meet the needs of a growing, dynamic community.

Design Portland Back to Contents